Earlier this year, I took part in Felicity Ford's blog tour to promote her happily crowdfunded KNITSONIK Stranded Colourwork Sourcebook.  Now that the book is out (and currently available,) I had the chance to ask her a few more questions about both the work and her process.  Here's what we talked about this time around.

I am blown away by the detailed analysis you present of your swatches!  When I work I take similar steps but here you detail them all so it's clear to the newbie where you've come from and where you're going. Did you find it difficult to break down and so meticulously record and replicate your creative process?

It took time and it was unfamiliar. I know my own way of doing things but knowing what you do and being able to explain what you do are two different things! Talking through the system with Kate and Tom was vital and it was only after going through it all with them that I was able to sit down and write out my own creative process, step by step. Once I could see that, it got a little bit easier to think about how to share it with a reader. Nic also really helped with finding clever ways to visually present the process once I had written it all down.

Do you now see the Things you've turned into knitted patterns with new eyes?  Has your connection with them deepened? 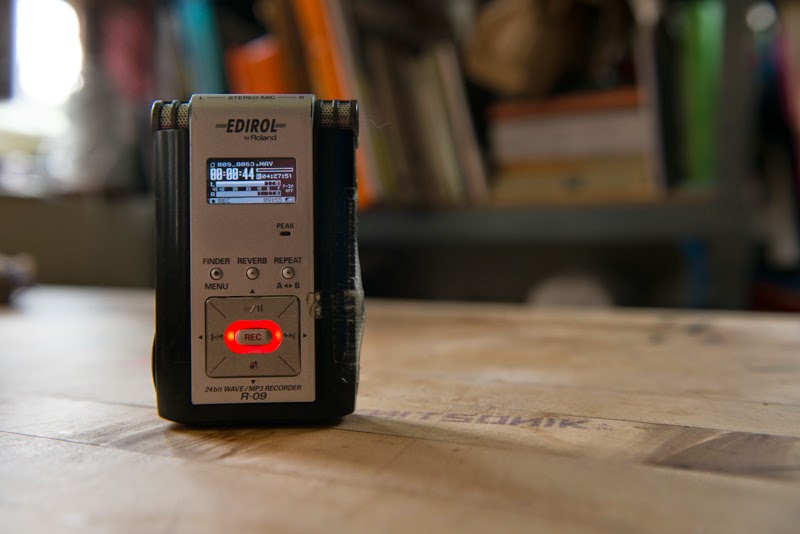 Absolutely. I have an extra special love for the EDIROL digital recorder now. As an object it was already special to me, but you would never think that just from looking at it. It's black, plastic, boxy... the buttons are all worn down and half of it is held together with gaffer tape! Yet when you see it with the swatch which it inspired, it is instantly apparent that the two things are connected. The vibrant knitting patterns somehow bring the recorder to life. Together they seem to me to be a very complete expression of an object that I love and a piece of knitting that describes that feeling.

I also know my walnut tree so much better now than I did at the start of the year after documenting its leaves, bark, dyeing properties and resident birds, and now when I walk past places in Reading that I have used as inspiration for the Reading brickwork swatch I have a feeling of connection and celebration. I wonder what people would think if they knew that tiny details of their houses have now been seen by knitters all over the world... 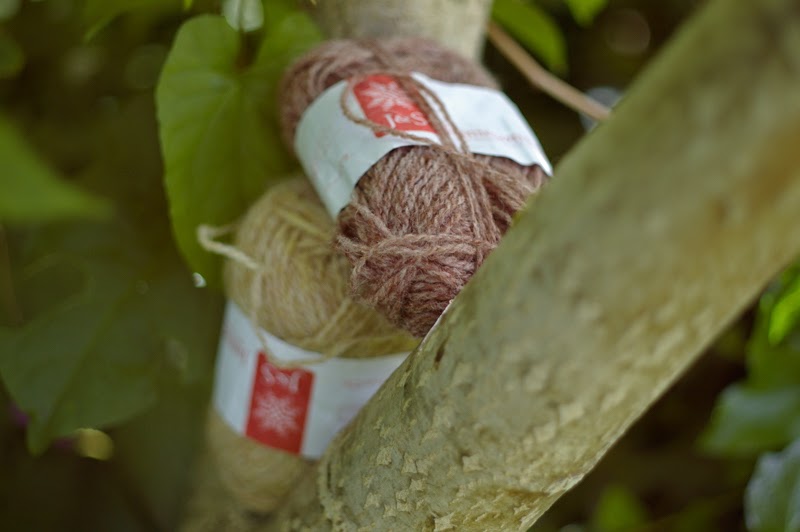 ...and I feel compelled to keep checking up on the Art Deco factory to see whether demolition has begun yet. I worry about the day when I will round the corner and find the pink building is gone. The security guys keep saying "this month" but they've been saying that since August! After all the new memories I have created with that building - knitting from it, going there with Fergus (my brother and the book's photographer) to photograph it at first light - I will be sadder than ever when it is finally taken down. 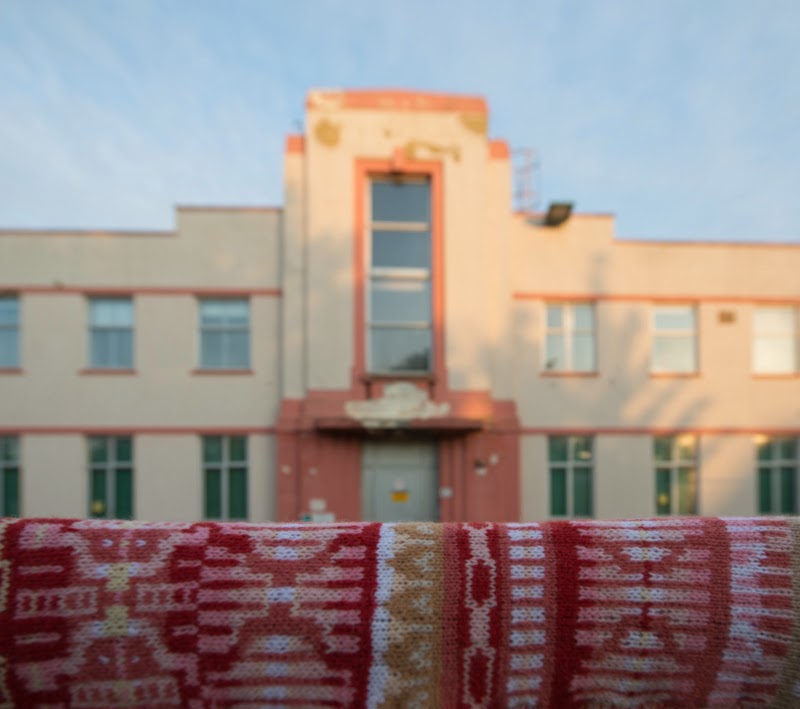 Which of all the lovely swatches in the book is your favourite and why? 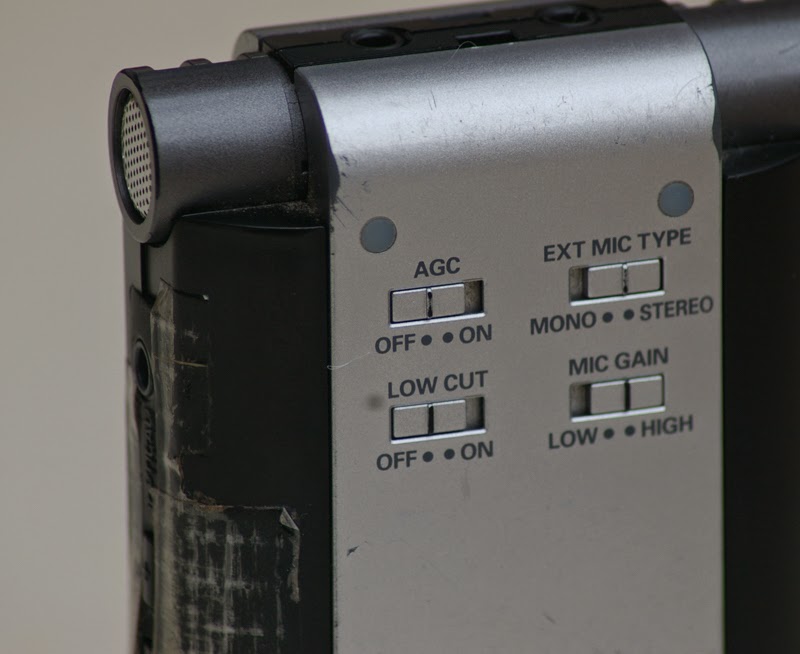 I love the EDIROL swatch the best because it expresses so many really personal things about that recorder. I love that the grey transport buttons in my swatch are not always really clear because of the way I shaded them; in real life they are not that clear either as I have worn them down with use! And I really love that one of the patterns on that swatch is based on the settings on the back of the recorder. It's this silly nerdy detail which I like; knowing that the pattern came from where I have the sliders positioned when I record. The idea that you can create a visual pattern in knitting from a pattern of habit and use is one I really like. 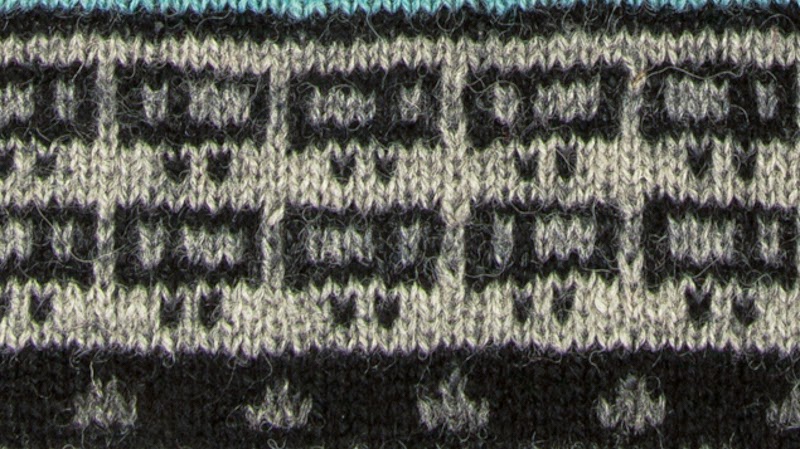 I do something very similar to this but when I look at your book I don't see my work, I see something that is completely KNITSONIK. Are you interested in seeing the results that other people produce using your methods?
Yes! I think it's fascinating that we all see the world in completely unique ways; I love that if you and I sat at a table with the same yarn and the same needles and the same inspiration source we would produce completely different ideas because we would notice and be drawn to different things.

I was thinking about that in Shetland and wondering about developing some workshops based on that very idea because I think it would be amazing! Then a discussion started up in the KNITSONIK Ravelry group and now we are doing exactly that: an online swatch-a-long based on a single inspiration source with a big reveal at the end of February. Anyone is welcome to join in and the only rule is that you have to use a pomegranate as the starting point! I can't wait to see all the different ways that the pomegranate will be translated into stranded colourwork by all the different knitters participating... 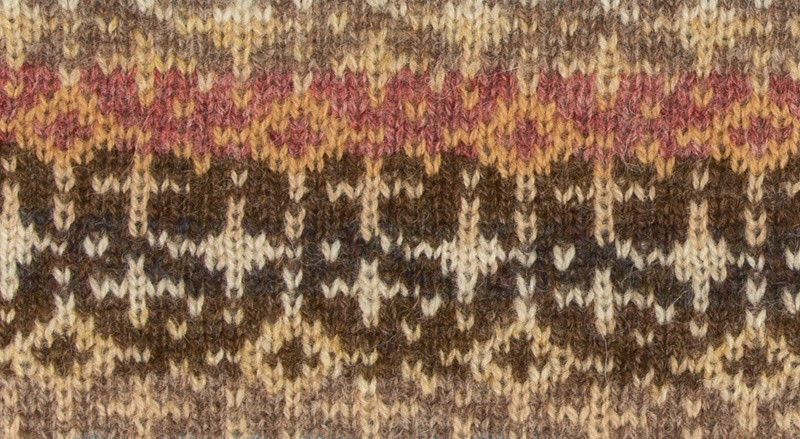 The other swatches people have made using The KNITSONIK System have blown my mind. I especially like seeing how people come up with their palettes and document their process... everyone is so different and that's what makes it fascinating. I have the same feeling as you - I don't look at other people's swatches and see KNITSONIK; I see the hand of the knitter who made the swatch at work, and what they noticed in their inspiration source. I think that is beautiful.

It is like how in my favourite field recordings I feel like I can hear the sounds that are being recorded, but also something of the recordist and their listening, how they have angled the microphones or positioned themselves in relation to the sound... something to do with personal taste and individual style, like handwriting.

I see you are a fan of somewhat tacky beer clip art and labelling. With the craft beer movement there are more creative beer labels around now that ever - do you think you'll ever immortalize another beer label/pump clip in knitting? 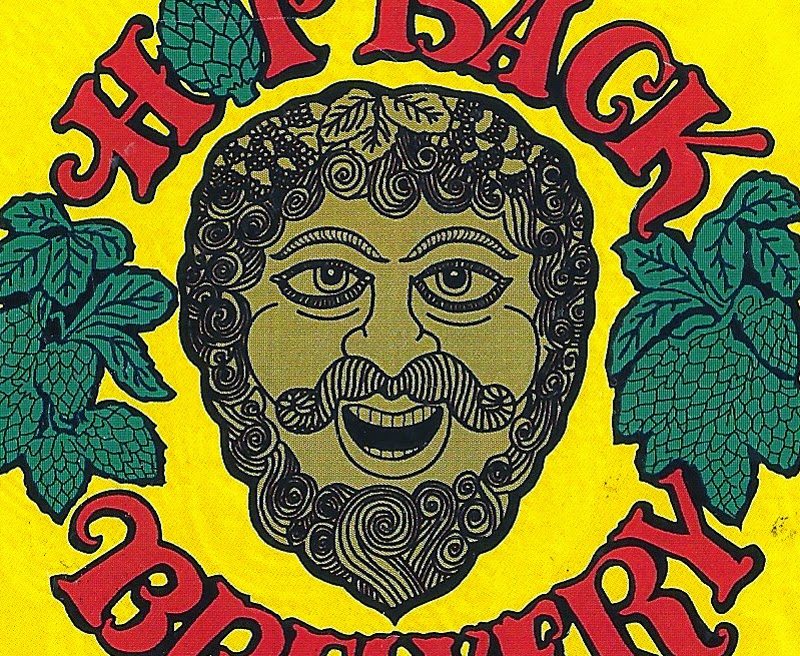 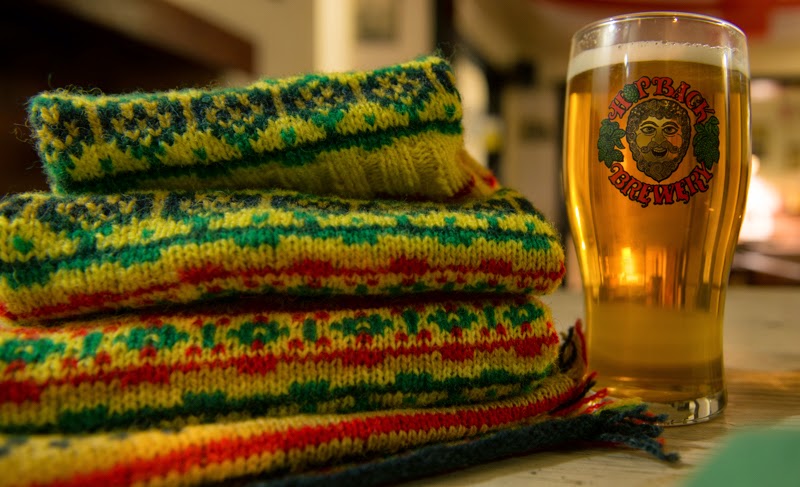 I'd say it is inevitable! I love beer and especially craft beer from small indie breweries, and the artwork on the labels just gets better and better. As a beer drinker I am quite drawn to some of the more minimalist labels; I adore the beer produced by the Kernel Brewery for instance, and they have wonderfully simple, unfussy labels with black ink printed on brown parcel paper. Their little bottles, so unpretentiously packaged, contain some of the finest ales in the land. However, as a knitter, I am oddly compelled to beers featuring fussier labels. In terms of offering inspiration for stranded colourwork, the loud and highly pictorial designs with ships and animals and hops and Gods and so on do offer a bit more to work with. That said, now I am thinking about what could be done to describe those fine plain bottles of Table beer from the Kernel Brewery... 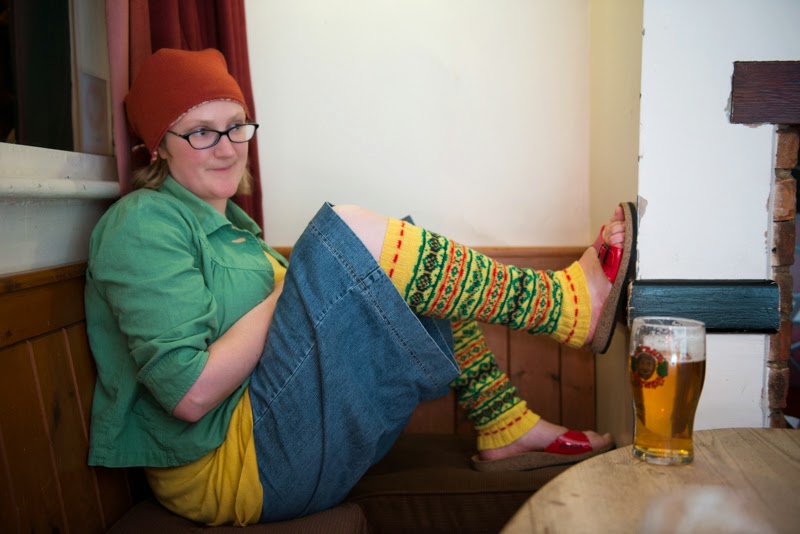 All photographs kindly supplied, once more, by Felicity Ford.  You can buy your own copy of The KNITSONIK Stranded Colourwork Sourcebook here.  If you'd like to read the earlier interview I did with Felicity you can do so here.   Don't forget to check out her blog, The Domestic Soundscape.
Posted by Unknown on Saturday, December 06, 2014 No comments: